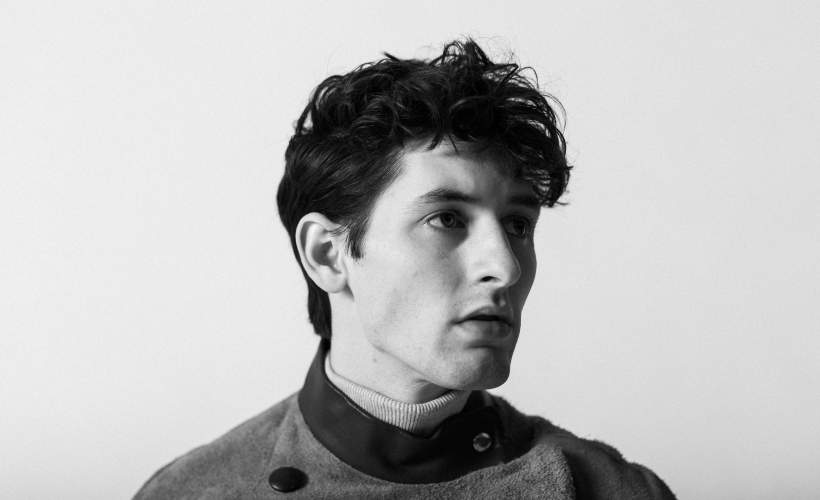 Patrick Martin will be making a headline appearance at Omeara in London on Tuesday 5th of May 2020.

Romance isn't dead, and we have Patrick Martin to thank for that. The Los Angeles-via-Wisconsin singer/songwriter's debut single, ‘Cinema Love,’ is a picture-perfect evocation of new love's impossible pleasures - a skyscraping pop song that doubles as a first taste of Martin's debut album, due later this year. Born and raised in Saukville, WI, Martin was introduced to music by his mom at an early age, with classic-rock staples like the Beatles, Fleetwood Mac, the Allman Brothers, and Crosby, Stills, Nash and Young on regular rotation. Inspired to learn guitar by an older cousin, he practiced and played for years and eventually started dabbling in his own songcraft around the age of 16. Later, while attending Marquette University, a relationship during his sophomore year sparked a desire to write and play music on a broader scale. A semester studying abroad in London further encouraged him to pursue music full-time, and soon after, Martin moved to Los Angeles, working on his music in between shifts at the Apple Store. Guided by his manager’s experience, Martin eventually crafted his debut single, ‘Cinema Love,’ which was co-produced by longtime collaborator Jesse Mason. ‘Cinema Love’ is an expression of the emotion felt from one of Martin’s own most memorable relationships, and it encapsulates the belief that real love can be as epic as it feels in the greatest romantic films of all time.

Everyone is looking to discover this up and coming band, so book your Patrick Martin concert ticket quickly or risk missing out. Gigantic is always on the cutting edge, offering essential gig tickets for the latest acts. So, make us your first choice when looking for sorting out your next big night and enjoy being amongst the first seeing the next big thing.

That's all we have for Patrick Martin! Check out their upcoming shows