Home Country & Americana Me and That Man Tickets

Me and That Man 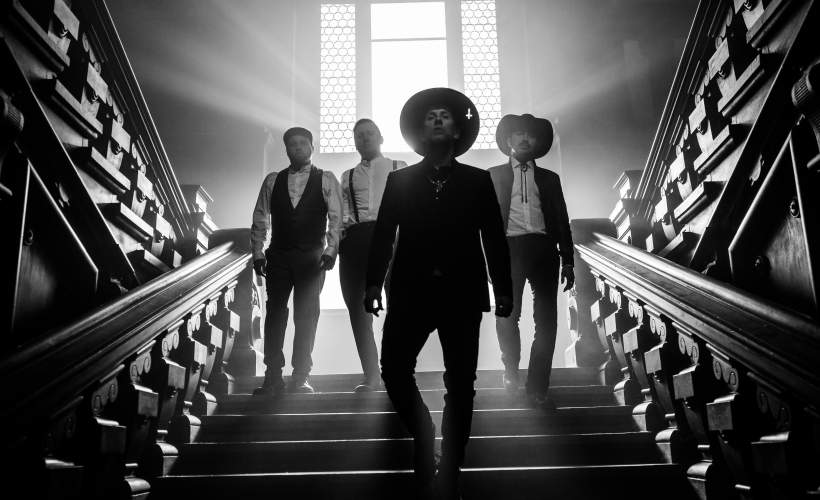 About Me and That Man

Front man of blackened death metal band Behemoth; Nergal has embarked on his very own solo folk project titled Me And That Man. Moving from the intense harsh sound of the band, Nergal now explores softer tones to the delight and excitement of his fans.

With the upcoming release of debut album Love Is A Dog From Hell this month, recorded with musician John Porter, Nergal now plans live dates to perform and promote the new material.

He has just announced that he will play a very special show at cool London venue Jazz Café on Sunday 26th of March, 2017. Be there!

Me And That Man tickets will soon become available and are expected to sell very fast. So, set a personal reminder with Gigantic right now to reach you through text message or email so you are prepared and ready for their release at 10:00 on Monday 16th of January.

Adam Nergal Darski adopted the stage name Nergal, taking his title from the Babylonian deity. Founding member of death metal band Behemoth, he takes on the role of singer, lyricist and main composer.

Behemoth formed in 1991 and have been a driving creative force behind the Polish extreme metal underground. Highly successful, they have released ten studio albums including debut record Sventevith (Storming Near the Baltic) (1995) and their latest entitled The Satanist (2014). They continue to reach ever greater international audiences with each new album and accompanying tour.

We only have very limited supplies of Me And That Man concert tickets so you really need to act quick and book yours before they are all gone. Stick with Gigantic to enjoy an unforgettable experience. We have a huge range of essential gig tickets and provide an excellent service in getting you to where you want to go.


That's all we have for Me and That Man! Check out their upcoming shows