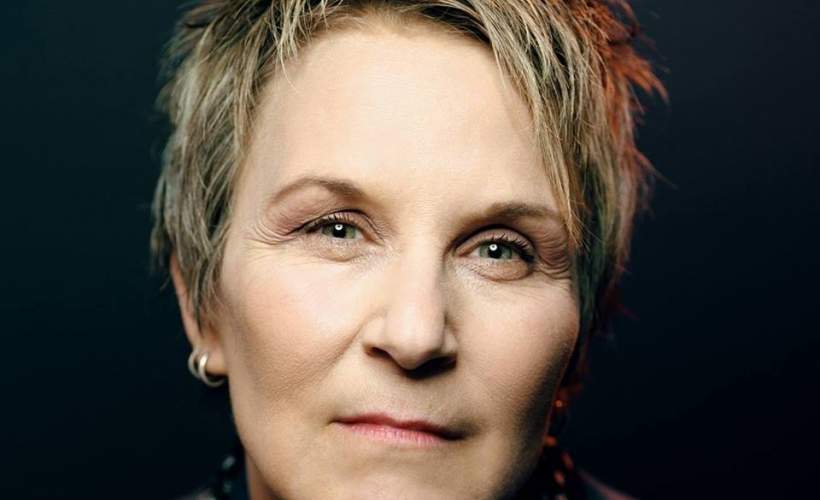 Alt-country singer/songwriter Mary Gauthier exploded onto the scene in 1999 following her self-released sophomore effort, Drag Queens in Limousines. The album, which garnered her a Crossroads Silver Star and a four-star rating in Rolling Stone, had critics comparing her self-described "country noir" to the likes of Townes Van Zandt, Steve Earle, John Prine, and, not surprisingly, Lucinda Williams. The success of Drag Queens led to main-stage shows at festivals around the country and multiple tours in Europe.

See her play at Union Chapel in London on Tuesday 5th of November 2019.

As the excitement builds the word is spreading. We expect massive demand for Mary Gauthier tickets and so it is really important to act fast and book yours before they are all snatched up. Fortunately, placing any orders for gig tickets with Gigantic is made easy as you can access our site 24/7 using your computer, tablet or smartphone whist relaxing at home or whilst out and about.

We know that it is easy to let things slip your mind, and so Gigantic allows you to set a personal reminder which will alert you with either a text message or an email just prior to the release of your essential gig tickets at 10:00 on Thursday 18th of April.

Embraced by critics, folkies, and No Depression fans alike, Gauthier's warmly candid treatment of her fringe-dwelling subjects rings true, as it never verges on sentimental; her characters' downtrodden lives are never coldly exploited. Instead, these are people she knows, whom she met after dropping out of her Louisiana high school and stealing the family car at the age of 15, only to find herself in detox at 16 and jailed in Kansas City at 18. Her own wayward path led her to culinary school and, eventually, she opened a successful restaurant in Boston's Back Bay -- Dixie Kitchen -- which she sold after her music career started to take off.

Filth & Fire, Gauthier's third album, was produced by former Lucinda Williams sidekick Gurf Morlix and released in July 2002. Mercy Now was issued in 2005 by Lost Highway, followed by the Joe Henry-produced Between Daylight and Dark in 2007. Gauthier next released the autobiographical The Foundling, produced by Mike Timmins of the Cowboy Junkies, on Razor & Tie Records in 2010. The album was a breakthrough, celebrated internationally.

Gauthier underwent a deep personal loss before recording her next effort and wrote songs during her grieving period. She abandoned the songs as too dark to record. Gauthier wrote new songs "through the darkness to get to the truth." She convened a small group of musicians at Nashville's Skaggs Place Studio and cut them live to tape. The end result, Trouble & Love, was released in June of 2014.

Gauthier toured often over the next three years. She also got involved with the Songwriting With Soldiers, a renowned non-profit organization that uses songwriting as a catalyst for positive change. They offer participants a unique way to tell their stories, rebuild trust, release pain, and forge new bonds. In SWS retreat and workshop settings, service members are paired with professional songwriters to craft songs about their experiences, often about combat and the return home. Through their songs, participants rediscover their creativity and reconnect with family, friends, and communities. The songs are recorded and shared through CDs, concerts, and social media in order to bridge the divide between military and civilian communities, and build awareness of the challenges faced by our returning service members. Gauthier co-wrote ten songs with members of the project (as well as Beth Nielsen Chapman, Ashley Cleveland, and Georgia Middleman). She teamed with producer/drummer Neilson Hubbard, and a cast of crack musicians that included Will Kimbrough, Chapman, Kris Donegan, and Odetta Settles to record what would become Rifles & Rosary Beads, issued by Thirty Tigers in collaboration with SWS in January of 2018.

As there are only limited supplies of Mary Gauthier concert tickets being released, you will need to act fast and book yours early as they will sell out quickly. With excellent customer service, Gigantic makes it easy to select from the huge amount of essential gig tickets on offer allowing you to make a stress-free booking for your big night.