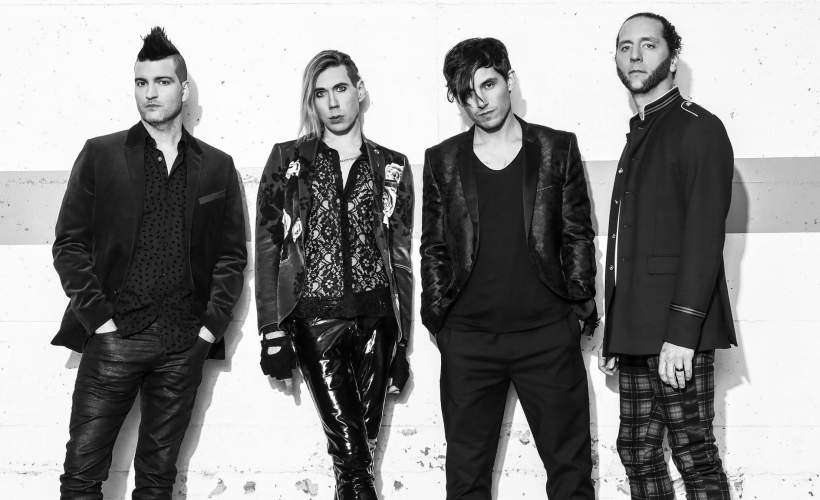 Marianas Trench are a leading Canadian pop punk band who have risen to the top in their home country and have the adoring listening ear of a wide international audience.

Taking their name from the very deepest known part of the entire world’s oceans, similarly the Canadian band also exhibit great emotional depth in their lyrics and music.

This year sees the release of their new album Phantoms and everyone is totally hyped. They have just announced a truly exciting promotional tour in the UK which includes headline dates at Newcastle Riverside, Bath Komedia and The Haunt at Brighton during November 2019.

Excitement is quickly building and many people are looking to get their hands on Marianas Trench tickets. With demand so high, we recommend you book early or risk missing out. Fortunately, placing your gig ticket order is made easy as you can access Gigantic 24/7 using your computer, smartphone or tablet whilst relaxing at home or busy on the move.

Marianas Trench tickets can soon be booked through Gigantic. Made available at 09:00 on Wednesday 1st of May, you can set a personal reminder to arrive to you via text message or email alerting you to their release.


The Vancouver band formed in 2001. So far, they have released four studio albums including their debut entitled Fix Me, follow up album Masterpiece Theatre, third release Ever After which was nominated for a prestigious Juno Award and their latest record Astoria which came out in 2015.

“ This entire album is about heartbreak and yet has some of the most upbeat songs Marianas Trench has ever made. “Burning Up” and “Yesterday” are about fighting and the relationship ending, but they feel like classic ’80s dance pop. It’s crazy and intense. - Substream Magazine

Given the excitement of their upcoming tour demand is high, but we only have a limited amount of Marianas Trench concert tickets so do not hang around and get yours before they are all gone. Take advantage of the huge range of essential gig tickets and the excellent customer service offered by Gigantic so you can enjoy an unforgettable experience.

As always, Marianas Trench did not disappoint. A band that need to be appreciated by a much wider audience, their performance was one of the best I have ever seen. Venue was lovely as well.

literally the best gig you’ll ever go to, i’m still shaking from it and it was yesterday, unforgettable night will treasure it forever

That's all we have for Marianas Trench! Check out their upcoming shows