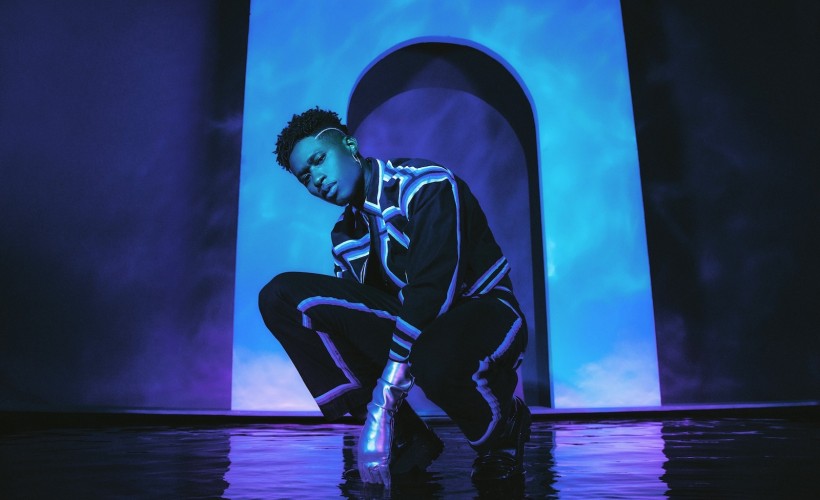 Grammy-Award winning R&B star Lucky Daye discovered his love of music and natural gift for singing and songwriting early in life in his hometown of New Orleans. Displaced by the devastation of Hurricane Katrina, Lucky moved to Atlanta for a brief stint and eventually ventured to Los Angeles to pursue his music dreams. After meeting producer D’Mile and working with him on his debut album Painted, Lucky fully realized his voice and potential. His undeniable talent as a vocalist took shape and landed at him at his label home, Keep Cool, in partnership with RCA Records.Most recently, Lucky Daye won a Grammy Award for Best Progressive R&B album for his 2021 EPTable for Two, performed his hit single “Over” on The Tonight Show Starring Jimmy Fallon, and released his sophomore albumCandydrip. The album debuted at #5 on the Billboard Top R&B Albums Chart and #10 on the Billboard Current R&B Albums Chart, and upon release received critical acclaim from NPR, Complex, Rolling Stone,and Billboard, who hailed Daye’s latest effort as “immaculate, forward-thinking R&B.” In addition to Candydrip, Lucky has also released a number of collaborations including “Too Much” with Mark Ronson in partnership with Audemars Piguet , “A Mess” with Ella Mai, and “CYBAH” with Syd. Prior to these accolades, Daye released his explosive hit “Roll Some Mo” in late 2018, and in 2019 was nominated for four Grammy’s, including Best R&B Album and Best R&B Song.

That's all we have for Lucky Daye! Check out their upcoming shows