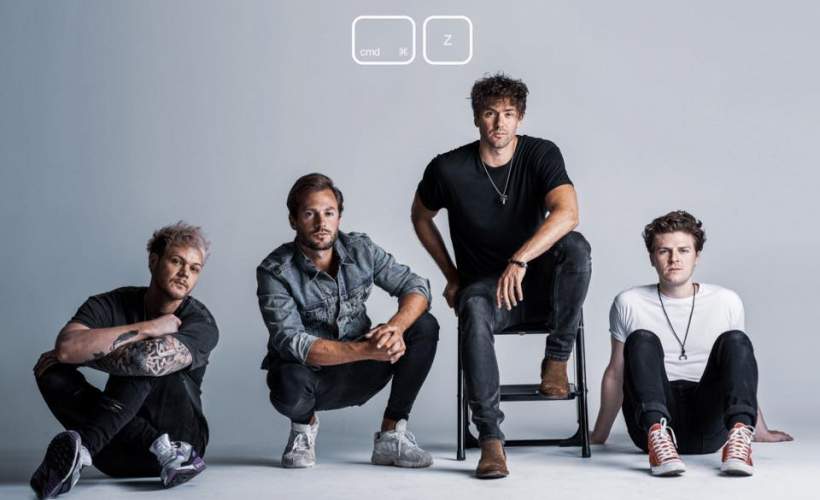 Make sure you get your tickets to see them headline at The Garage in London on Tuesday 23rd of October where they will be playing Chapman Square in full.

Lawson tickets will be on sale at 10:00 on Friday 14th of September. Do not forget to set your own personal reminder through Gigantic to arrive via text message or email so you are ready for their release.

The band formed in 2009 and original worked under the title The Groves but changed their name in tribute to Dr. David Lawson who performed life-saving brain surgery on singer Andy Brown. Recording in 2010, they focused on writing acoustic tracks plus covers of the likes of Adele and Bruno Mars which they posted online and built a fan base through the internet.
After prominent gigs and festival appearances they signed to major label Polydor Records which opened the door to supporting major acts such as Avril Lavigne, Jessie J, Will Young and The Wanted. They released their debut single When She Was Mine in 2012 which hit #4 in the charts and was accompanied by a largely sold out headline tour. The live promotion saw second single Taking Over Me hit #3. Debut album Chapman Square was released towards the end of 2012 and hit #4 in the UK Album Charts.
They have subsequently released the Lawson EP and exiting new album Perspective.
“ ‘Perspective’ takes fans back to the sound that the British band self proclaim as ‘Lawson’, big choruses play a big role in tracks such as ‘Lions Den’ and ‘I Look Anyway’ which, although shows resemblance to tracks from ‘Chapman Square’, shows a growth in the band and also the music they are now creating.” - Quays News

Lawson concert tickets will sell like hot cakes so book early before they go. Always make Gigantic your first stop for the best gig tickets.

That's all we have for Lawson! Check out their upcoming shows