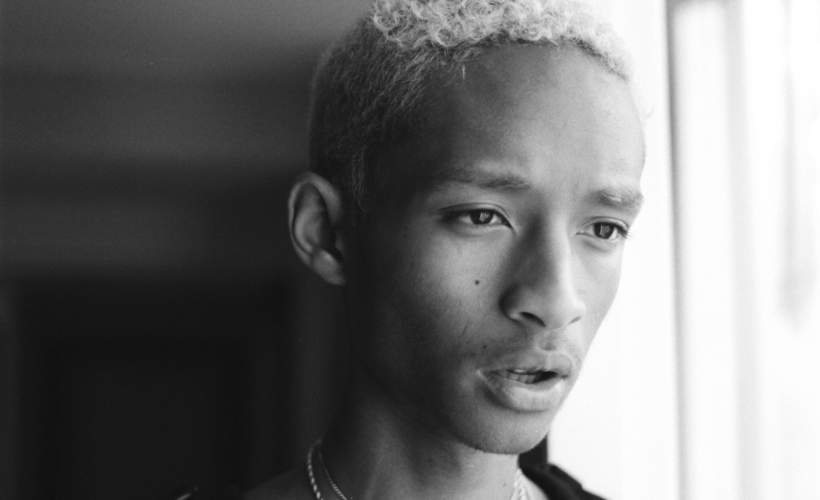 True innovators change multiple games all at once. As such, Jaden elevates music, film, fashion, and philanthropy with each evolution. The gold-selling rapper, songwriter, producer, and curator obliterates boundaries between hip-hop, alternative, rock, and indie.

He initially put a revolutionary vision into play on the 2012 mixtape, The Cool Caf├®. 2014 saw him release Cool Tapes Vol.2 exclusively on the Jaden ExperienceŌĆ"a groundbreaking app enabling direct distribution of a ŌĆ£full album experience.ŌĆØ Amassing nearly half-a-billion cumulative streams by 2019, his full-length debut SYRE bowed in the Top 10 of the Billboard Top Rap Albums Chart and Top Hip-Hop/R&B Chart as well as the Top 25 of the Top 200 in 2017. The lead single ŌĆ£IconŌĆØ not only scored 147 million Spotify streams within two years, but it also garnered a gold plaque from the RIAA. In the aftermath, Time extolled him among the ŌĆ£Top 30 Influential Teens of 2017,ŌĆØ and Pandora touted him in its ŌĆ£Artists to Watch of 2018.ŌĆØ The visionaryŌĆÖs 2018 single ŌĆ£GhostŌĆØ maintained momentum by putting up 53 million Spotify streams with the catchy and chaotic ŌĆ£GokuŌĆØ on its heels at 15 million. At the end of the year, he contributed the punchy and punked-out ŌĆ£Way UpŌĆØ to the chart-topping Spider-Man: Into the Spider-Verse Original Soundtrack.

2019 ignited the artistŌĆÖs biggest and boldest year to date. Spotify immortalized Jaden as one of the first inductees to its New York RapCaviar Pantheon, placing him in good company alongside none other than Cardi B, Juice WRLD, and Gunna. He shut down Coachella with an explosive performance and canvased the globe on tour supporting Post Malone. Meanwhile, ŌĆ£NoiseŌĆØ and ŌĆ£MissionŌĆØ soundtrack ESPNŌĆÖs broadcast of the 2019 playoffs. These moves heralded the arrival of his third full-length, ERYS, which will be released July 5, 2019. He preceded it with the three-song EP, ERYS IS COMING.

Praising the progression on the teaser, Forbes predicted, ŌĆ£WeŌĆÖre in store for a minimalist project that juxtaposes explosive trap with slashes of vulnerability and packing a sly density.ŌĆØ

At the same time, he gives back at every turn. Jaden notably co-founded JUST WaterŌĆ"the most environmentally conscious water bottle sold commercially. The ethically sourced 100% spring water comes in a paper bottle that reduces harmful greenhouse gas emissions by up to 74% when compared to traditional PET plastic water bottles. JUST sources water from Glen Falls, NY. As a result, a unique trade partnership with the Upstate New York city revitalized the local community and restored industry through providing jobs and protecting the watershed. In 2019, his charity JUST Goods partnered with First Trinity Missionary Baptist Church in Flint, MI for the deployment of a mobile water filtration systemŌĆ"ŌĆ£The Water Box.ŌĆØ The apparatus cuts down on lead and neutralizes potential contaminants. In recognition of his commitment to bettering the planet, MTV honored him for environmental activism at the 2016 EMA Awards with the ŌĆ£Male EMA Futures Award.ŌĆØ

Casting an undeniable influence over the fashion world, he launched his own clothing and lifestyle brand MSFTSrep. Its ready-to-wear products include hoodies, t-shirts, trousers, and vests. In-demand from the top names in fashion, Louis Vuitton enlisted him as the face of its Spring and Summer 2016 collection, while G-Star sought him out to spearhead the Forces of Nature collaboration engineered with sustainable materials and design methods.

JadenŌĆÖs presence extends to the big-screen as well. He achieved a ŌĆ£Breakthrough PerformanceŌĆØ Award at the MTV Movie Awards for his unanimously acclaimed debut in The Pursuit of Happyness. A growing filmography encompasses The Day the Earth Stood Still, The Karate Kid, After Earth, The Get Down, Slate Kitchen, and more.

ERYS is indeed coming as is another evolution from JadenŌĆ”