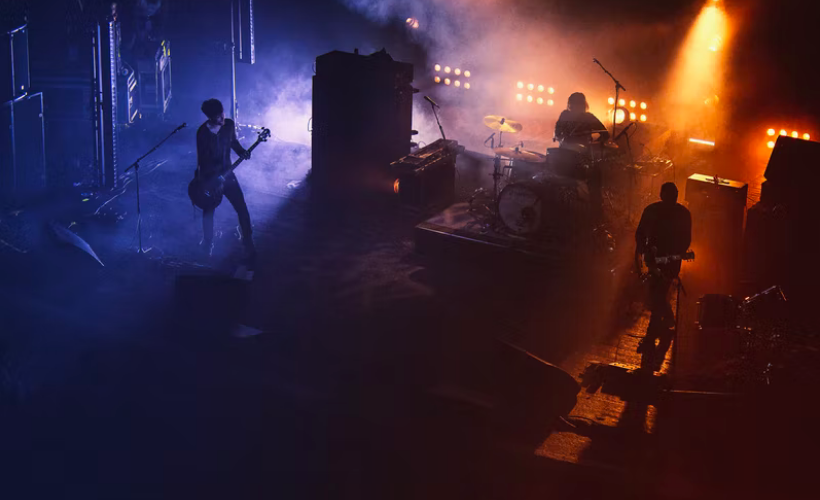 After an epic wait following an incredibly successful Fund It campaign, Fight Like Apes released their eponymous 3rd album through Alcopop! Records on 15 May, this record is undeniably their best yet. There’s no shortage of the band’s trademark snarling chorus lines, acerbic wit and MayKay’s sublime vocals to keep the long-term fans happy, but the album also shimmers with a little something extra. That something looks set to catapult these stars of the underground well above the parapet.

Fight Like Apes have always known their way around a bona fide radio hit and there are plenty of those on this album, with a handful of tracks jostling for position in line to be THE must-play of 2015. Songs like Pretty Keen on Centrefolds, I Am Not A Merryman and Pop Itch lead the way. Even during the gentler moments though, hit potential resonates with every note (Carousel, The Hunk and the Funpalace), with huge melodic moments coursing from every juddering synth, tumbling beat and vocal refrain. Pretty Keen on Centrefolds became a firm favourite on Irish radio and Pop Itch is following hot on its heels. The album went in to the Irish Charts at #3 (and #1 in Irish Indie Charts) and with festival dates in Ireland and the UK this summer, the band are taking it up a notch.

“This is their dirty heart, and it's beating hard” The Sunday Tribune

That's all we have for Fight Like Apes! Check out their upcoming shows