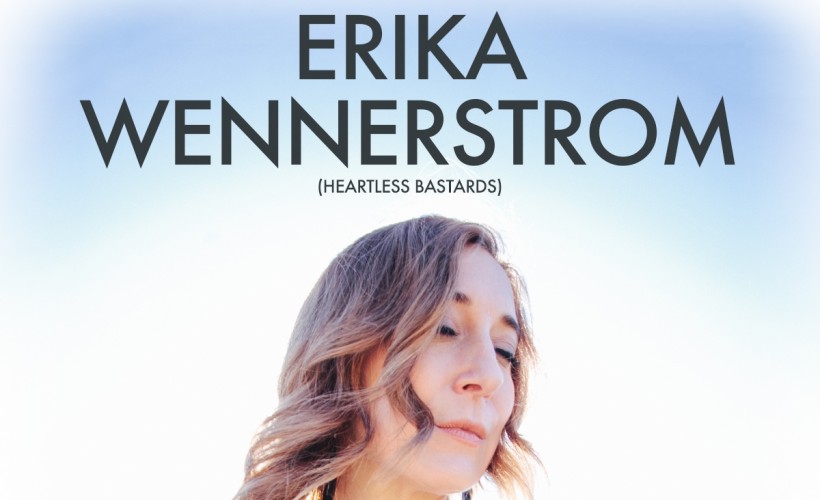 Erika Wennerstrom bravely invites the listener in to experience her trials and tribulations of life amidst a lush soundscape of deeply emotive vocals and melodies to what is ultimately the soundtrack to her soul.

Be sure to see her when she heads on over to the UK to play at The Lexington in London on Tuesday 18th of September 2018.

The demand is high with fans all wanting to get their hands on Erika Wennerstrom tickets so it is best to get yours booked before they are all gone. You can place your gig tickets order with Gigantic 24/7 using your tablet, smartphone or computer.

Also, be sure to set a personal reminder with Gigantic so we can alert you directly with a text message or an email when Erika Wennerstrom gig tickets become available at 10:00 on Friday 11th of May.

There's something somewhat frightening, yet utterly liberating when leaving the confines of a successful band to venture solo - especially a band whose latest record was called "effortlessly brilliant" by critics. But, such is the case with Erika Wennerstrom who is taking a break from her Austin-based rock band, Heartless Bastards, to deliver her solo debut Sweet Unknown.

"It was a really freeing experience," reveals the singer/songwriter/guitarist. "I found my strength in my vulnerability as an artist, and really, just as a person. It kind of forced me to allow myself to be a little more exposed and stand on my own two feet. It's easy to feel comfortable in a band, but it's scary to do it as just yourself. I feel like I've grown a lot creatively and personally."

But fans of Heartless Bastards - which has released five critically- acclaimed albums since their 2003 inception, appeared on many late night television shows, and has drawn praise from Rolling Stone, Time, New York Times - need not worry. The band has not broken up. "We'd been going for so long and everyone in the band was just ready for a little break. But I had songs in me that needed to come out. I didn't think it was fair to push them to keep going and I didn't want to do it without them under the band name," explains Wennerstrom, who enlisted the help of HB's Jesse Ebaugh to play bass on 8 of the 9 tracks on Sweet Unknown.

Fans can also rest assured that what they've grown to love about Wennerstrom's music is still front-and-center. Her trademark vocals that NPR so aptly calls "warm yet gritty, throaty yet sweet, gigantic, yet intimate" are that... times 10. And the bluesy, rock vibes that Relix describes as "smoky, late night [rock] that exists somewhere between Royal Trux and the Rolling Stones" has only gotten smokier and bluesier.

Gigantic is the very best place to book your Erika Wennerstrom concert tickets because our award-winning customer service team are ready to help with your every enquiry when selecting from our enormous selection of essential gig tickets. But with only limited supplies for any show being made available, we do urge you to place your order before they are all snatched up.

Remember, Gigantic should always be your first choice whenever you are planning your big night out!

That's all we have for Erika Wennerstrom ! Check out their upcoming shows