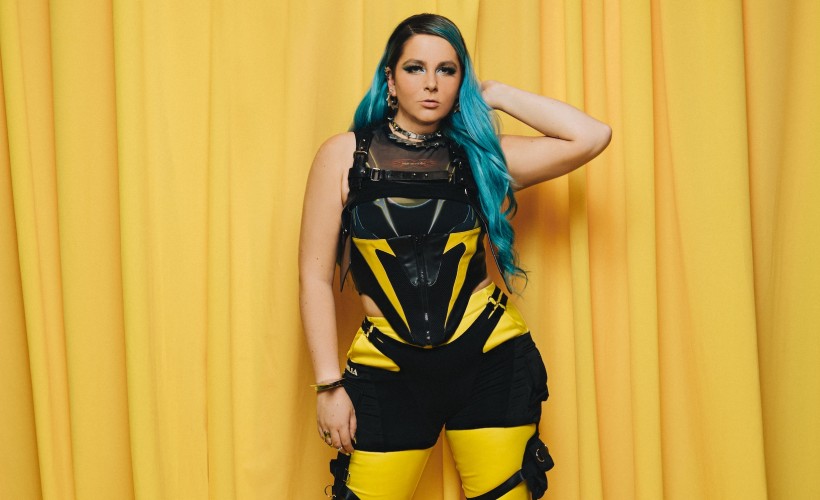 Enter your details here if you would like us to send you a reminder shortly before these emlyn tickets go on sale, we can send you an email or text message (or both)

emlyn is an emerging Alternative Pop singer/songwriter originally from Nashville, TN. She was
named one of Spotify‘s best new artists in their “Fresh Finds 2021“ list and then highlighted in Q4 in a Spotify OOH marketing campaign including billboards in New York City and Los Angeles. She‘s been featured on countless playlists including Spotify‘s New Music Friday in over 30 countries.

Additionally, she‘s been added to Apple Music‘s Breaking Pop and New Music Daily and was named Amazon Music‘s Breakthrough Artist in January 2021. Her debut album “loneliest b!tch in america” was a Top 10 Debut Album in the UK on Spotify and has been streamed over 35M times. Her music was described by Ones to Watch as “Oozing with confidence and power... enticing listeners to discover what other characters, interesting sounds, and sharp lyrics Emlyn has up her sleeve.”

That's all we have for emlyn! Check out their upcoming shows