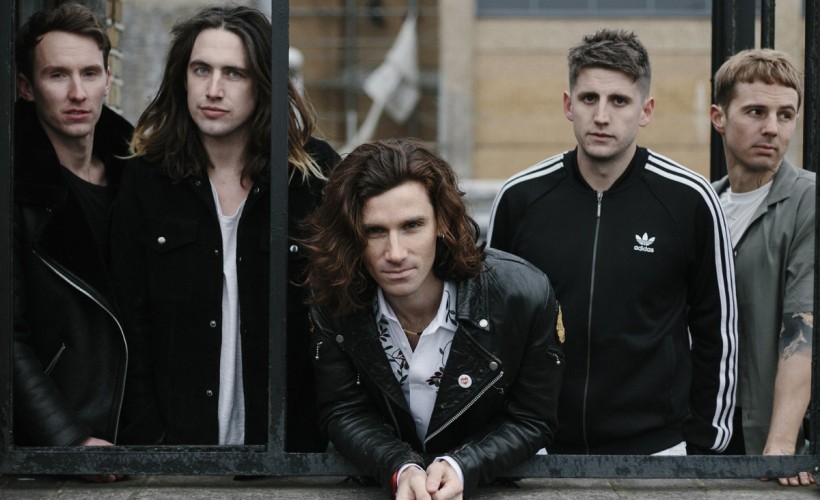 Mad night was very warm in the cookie, good mosh, drinks over priced

Loved the gig, amazing venue and flawless performance - also got to meet the lead singer and guitarist

Never been to sound control manchester before but such a great venue! The main band Coasts were really good, pumped the crowd up and it was upbeat and feel good! Had an amazing time would go again!!


Formed in Bristol in 2011, Coasts are a relatively new emerging band on the circuit, but in a short time they’ve made a big impact. They’ve seen some success with their singles ‘A Rush Of Blood’ and the recently released ‘Modern Love’ and released their self-titled debut album in January of 2016.

Bolstered by some great reviews, this lively, vivacious band are set to go on tour with tickets for Coasts tour dates right here at Gigantic.

Coasts will be playing an exciting headline at Norwich Waterfront on Friday 26th of October 2018.

Hugely popular, Coasts tickets are expected to sell incredibly quickly so be sure to book yours early or you may well miss out. You can place your order with Gigantic using your tablet, computer or smartphone. Set a personal reminder so you can be alerted with a text message or email when they become available at 10:00 on Monday 30th of April.

Coasts kicked off their rollercoaster ride to success in 2012, receiving the attention of Radio 1 DJ Huw Stephens with their debut single ‘Stay’. After putting in their touring apprenticeship with a relentless round of gigs across the UK, Coasts established a solid following of fans who loved their full-bodied sound and clever lyrics. The band has become increasingly popular on the festival circuit, following a winning performance at the Big Weekend in Glasgow in 2014. They’ve also broken the US, with a well-received American tour earlier in 2015 combined with an appearance at the Californian music festival Coachella in April.

So while there are plenty of chances to catch a Coasts concert, we anticipate that because the rising star of this particular band is shining so brightly, Coast tickets will be hot. So, if you want to find out just why Coasts are such an up and coming sound, check out the Coast tickets available at Gigantic now.

Having sold over 100,000 tracks at iTunes on the back of a devoted following on social media, support from Radio 1 and XFM, and extensive touring which has included a sold-out show in New York’s Bowery Ballroom, Coasts will release their self-titled debut album on September 4th on Warner Music / Tidal / Good Soldier.

Highlights include fan favourite ‘Oceans’ which reached over 4 million plays on SoundCloud and Spotify without any airplay; ‘Stay’, which was partially written during the band’s first rehearsal session; the Tinder-inspired ‘Modern Love’; a homage to Bristol with the alt-rock epic ‘Wash Away’; and the uplifting, tropical-flavoured ‘Your Soul.’

Coasts’ already enviable list of accomplishments which include a rapturous reception at a packed tent in Coachella; a series of London shows which expand in size every time that they return, including Heaven and KOKO; Radio 1 and XFM support; a social media following of over 120,000; a #1 HypeM with ‘Oceans’; an invite to perform on Made in Chelsea; and even a famous fan in the shape of Jake Gyllenhaal.

Coasts Have Been Added To Truck Festival Line Up