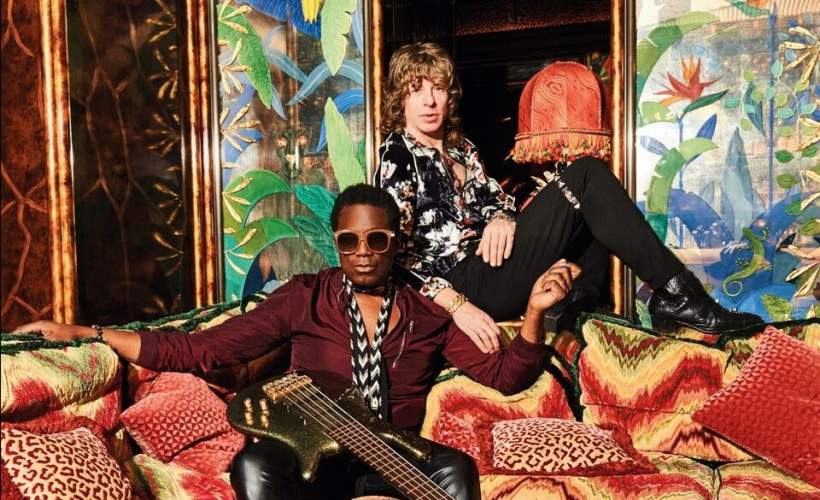 Crazy queues for the bar and only Diet Coke served after a long wait. Poor choice of support act and music before the headliners. Brand New Heavies still got it though!!

Seen them a few times now - they never disappoint to bring the fun and funk !

Fab performance from true musicians who truly seem to enjoy every minute. Have booked to see again later in the year!!!

Will definitely check out their other gig's. Could watch these guy's all day. Lead singer beautiful with a great voice and Simon B.... Hello.

Amazing live performance by all the band, love the venue as up and close. Now been three times, the fourth booked for 8th Dec in Manchester. Just love the music they play, such passion plus the vocals just out of this world. Can't wait till December the 8th !!!.

We are very excited to be able to offer The Brand New Heavies tickets but they will not be around for long so make sure you book yours before they all go. All orders for gig tickets can be placed 24/7 with Gigantic using your computer, tablet or smartphone.

Formidable funk band The Brand New Heavies have been shaking up audiences for over thirty years. Known for their electrifying live performances, they are one of the best band around.

They exploded onto the scene with the release of their eponymously titled debut album which was released in 1990 and has subsequently been certified as a Silver record.

Further titles include Heavy Rhyme Experience Vol. 1, Brother Sister, Shelter, We Won’t Stop, Allaboutthefunk, Get Used To It, Dunk Your Trunk and Forward.

Their latest release came in 2014 with their tenth studio album Sweet Freaks which continues their awesome catalogue of killer records.

“Sweet Freaks provides listeners with a lot of original material with a classic funk and disco feel, and a dash of oldies but goodies sporting some funky new threads.” - Soul Tracks

“Get your ears around Sweet Freak if you, like the rest of us, are in need of a burst of summery nostalgia to lend a hand in remembering that it’s not always going to be so damn miserable outside.” - Mi Soul

Pioneers of the London Acid Jazz scene, The Brand New Heavies, have been responsible for some of the UK’s biggest R&B / Soul tracks, scoring sixteen top 40 singles including ‘Dream On Dreamer’, 'Never Stop', 'Dream come true', 'Midnight at the Oasis', 'Brother Sister', 'You are the Universe', 'Sometimes', 'Stay this Way' and ‘You’ve Got A Friend’, as well as over two million album sales.

Fans will all want to get their hands on The Brand New Heavies concert tickets but with only limited supplies on offer you will need to act fast and book yours before they are all snapped up. With a huge range of essential gig tickets on offer plus excellent customer service, award winners Gigantic should always be your first choice whenever you are booking your big night out.