Don't miss the RnB legends performing shows across the UK! Get your Boyz II Men tickets with Gigantic. 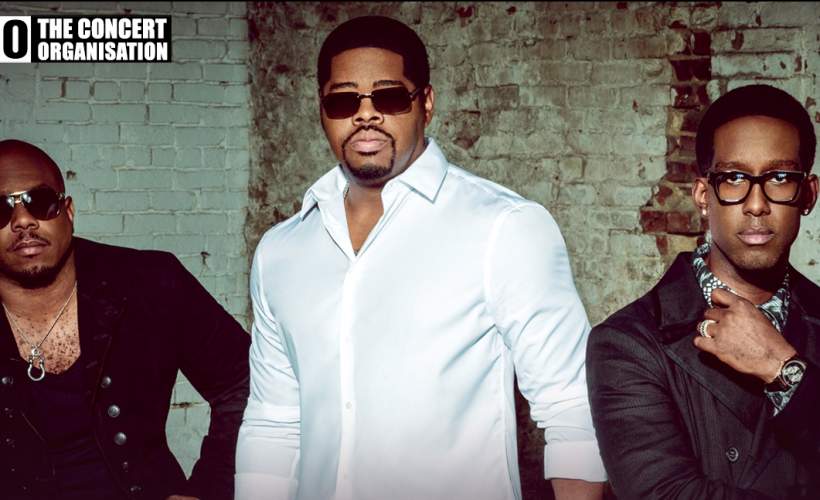 For over 20 years Boyz II Men have been charming millions of fans the world over with their smooth vocal harmonies, legendary hits, and unmatched stage presence, and the trio will be looking to do it all again when they tour their the UK in Spring.

BOYZ II MEN are the most successful R&B vocal group ever having sold over 60 million albums worldwide, with a string of No. 1 hits in the '90s, including "End of the Road," "It's So Hard To Say Goodbye to Yesterday," "I'll Make Love To You" and "On Bended Knee."

See them takeover Eventim Apollo in London on Sunday 7th of April 2019.

The demand is high with fans all wanting to get their hands on Boyz II Men tickets so it is best to get yours booked before they are all gone. You can place your gig tickets order with Gigantic 24/7 using your tablet, smartphone or computer.

Also, be sure to set a personal reminder with Gigantic so we can alert you directly with a text message or an email when Boyz II Men gig tickets become available at 10:00 on Friday 9th of November.

Exploding onto the scenes in the mid ‘90’s and greatly acknowledged as the most commercially successful R&B group of all time, Nathan Morris, Shawn Stockman, Wanya Morris and Michael McCary are Boyz II Men who took the world by storm with their soulful new jack swing and R&B sound.

Standing tall with some of the record breaking music elites, such as Elvis Presley, The Beatles and Mariah Carey, Boyz II Men are the fourth music act ever to have spent 50 cumulative weeks at the number one spot in Billboard history. With over 30 years in the music business, Boyz II Men have successfully won four Grammy Awards, three Billboard Awards, nine American Music Awards and Soul Train Awards, a MOBO award for Outstanding Contribution to Music and a Casino Entertainment Award for their ongoing acclaimed residency at the Mirage Resort and Casino in Las Vegas; plus, a star on the Hollywood Walk of Fame and a street named after the group in Philadelphia.

Gigantic is the very best place to book your Boyz II Men concert tickets because our award-winning customer service team are ready to help with your every enquiry when selecting from our enormous selection of essential gig tickets. But with only limited supplies for any show being made available, we do urge you to place your order before they are all snatched up.

Remember, Gigantic should always be your first choice whenever you are planning your big night out!

That's all we have for Boyz II Men! Check out their upcoming shows