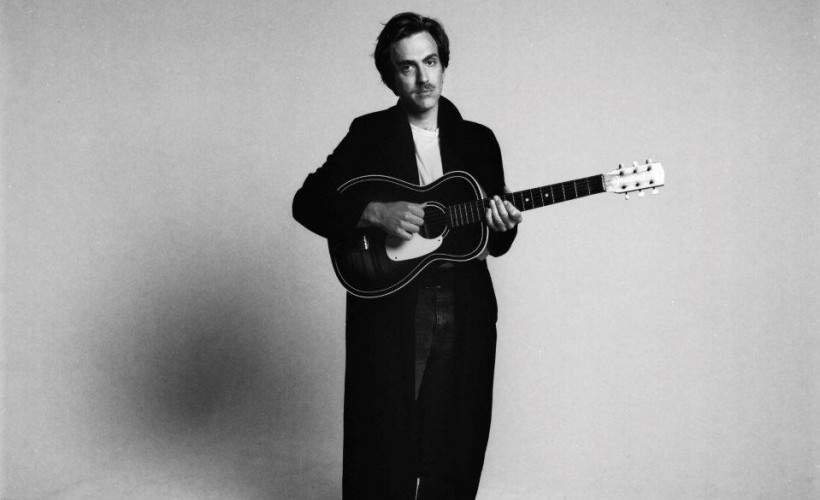 Like a character in a dreary West Coast short story by Raymond Carver, Nashville songwriter Andrew Combs moves through a hazy modern world, trying to find the meaning in life on his sophomore album, All These Dreams. “I sometimes find myself wondering what the hell I am doing with my life and what it all amounts to,” Combs says, explaining the album’s opening track, “Rainy Day Song,” which sets the narrative tone for the album.

“Although I don’t know the answer to this, I believe it lies in the path I take, not the actual destination,” says Combs. “I can’t say whether I’m looking for a god, or love, or art, or all of the above, all I know is I am wading through some murky water trying to find the answer.”

While the album may adhere to this darker internal script, its musical inspiration comes from vintage 1970s production: California-tinged AM Gold; the Laurel Canyon tones of Jackson Browne and The Eagles; and Paul Simon’s Muscle Shoals-laced R&B funk.

All of it amounts to a huge step forward for the Nashville-based singer-songwriter, who released his debut album, Worried Man, in 2012, which American Songwriter named one of the year’s best, while Southern Living praised Combs for being “well on his way to becoming a preeminent voice in his genre.”

For the new album, Combs worked with producers Jordan Lehning and Skylar Wilson - who recently co-produced Caitlin Rose’s The Stand-In and have worked with Justin Townes Earle - and recorded the album in Nashville with many of his longtime musical collaborators, including lead guitarist Jeremy Fetzer and pedal steel guitarist Spencer Cullum Jr. (of the instrumental duo Steelism).

“I feel like this record has a much different thread that ties the songs together than my first album, Worried Man, which was more raw and bare-bones, in songwriting as well as production,” says Combs. “All These Dreams explores more complex arrangements, lyrics and musical tones.

With straight-talking narrators and glimpses of poetic realism, All These Dreams at times might recall the gritty Southern literature of writers like Larry Brown and Barry Hannah, both of whom Combs cites as influences. On “Pearl,” the songwriter celebrates the underbelly of society, while on “Suwannee County,” his narrator strikes up a mundane conversation with a Florida fisherman at a gas station, which leads to a deeper discussion about spirituality.

There’s plenty of dark humor here too. On “Strange Bird,” Combs sings about an elusive lover, with tongue planted firmly in cheek, and uses a buoyant arrangement to explore some unusual musical effects, such as a whistling solo.

While he acknowledges his debt to fellow Texans like Clark, Mickey Newbury and Townes Van Zandt, Combs is also moving in a new direction, carving out his own singular path as an artist. The 28-year-old songwriter is also quick to point out that though there is a similar sense of camaraderie in Nashville today, “The songs and writers were much better in the ’50s, ’60s and ’70s.”

“I’m not saying there aren’t talented people in Nashville now, but I don’t think we pay near as much attention to the song as they did back then,” adds Combs. “Maybe it’s ’cause we’re too busy tweeting about our latest gig or wardrobe purchase.”

Ultimately, All These Dreams finds Combs in a league of his own, wholly focused on perfecting his own songwriting and storytelling, and delivering it all in a rich musical style that’s much more than the sum of its parts.

Spotlight On: The Maze

Andrew Combs Play At The Maze

That's all we have for Andrew Combs! Check out their upcoming shows