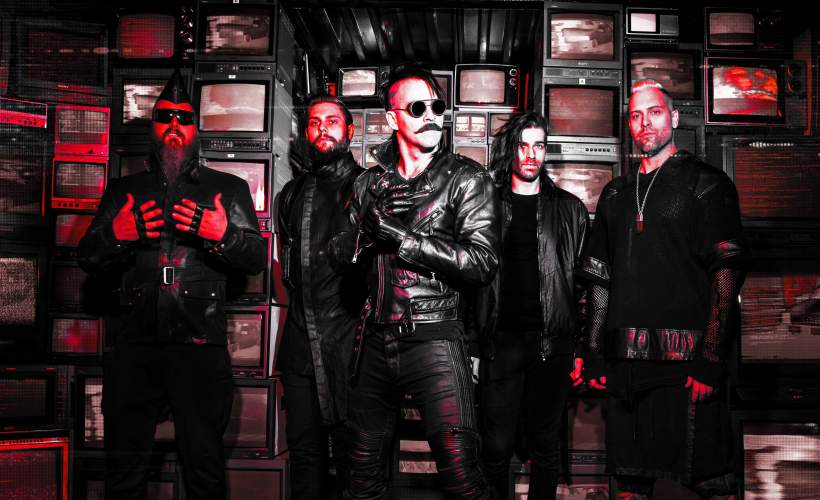 Formed in 2013, 3TEETH is an L.A.-based transgressive artistic collaborative consisting of Alexis Mincolla (vocals), Xavier Swafford (keys), Andrew Means (drums) and Chase Brawner (guitars). Inspired by the early ‘90s industrial scene and acts like Ministry and NIN, the four-piece boasts a unique amalgam of aggressive sounds and compelling visual art that, combined with their cynical humor and provocative propaganda, ultimately asks fans to join their assault on consensus-based reality.

That's all we have for 3TEETH! Check out their upcoming shows