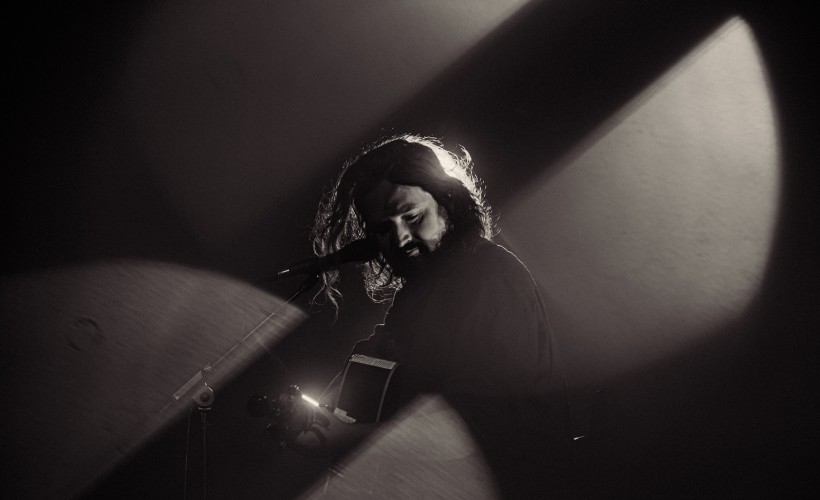 Will Varley is a charismatic acoustic player. His folk style is fresh and modern, preferring to write about the world of the 21st century rather than retell the same old stories. His bold approach to song writing make him an exciting new face with plenty of promise.

He has just announced an extra tour which takes him to The Venue at Derby, O2 Manchester Ritz, Komedia Bath and Wedgewood Rooms at Portsmouth in October and Hackney Round Chapel in London during November 2018.

Now is your chance to book your Will Varley tickets with Gigantic, we are very excited and as demand grows it makes sense to act fast and get yours before they are all taken. Gigantic makes selecting your favourite tickets and placing your order easy by enabling access to our site 24/7 using your smartphone, tablet or computer whilst relaxing at home or even busy and on the go.

We know that it is easy to let things slip your mind, and so Gigantic allows you to set a personal reminder which will alert you with either a text message or an email just prior to the release of your essential gig tickets at 10:00 on Friday 27th of April.


Learning his trade at open mic nights around London town, Varley’s career began when he started running his own nights before moving to Kent where he setup the label Smugglers Records, a collective of musicians supporting one another with each member artists’ releases.

Smugglers Records were responsible for his 2011 debut album; Advert Soundtracks. He promoted the release with a walking tour which started at London Bridge, heading out east to Kent and would play wherever his was wanted and sleeping where he could.

The 2013 album As The Crow Flies received prominent airplay on the radio stations BBC Radio 3, BBC Radio 6 and XFM. However it was his second walking tour that really grabbed the public’s attention, as Varley trekked 500 miles entirely on foot with a guitar on his back.

His latest album Postcards From Ursa Minor was released in 2015 and was described by The Independent as a “gem of a record”. Released on Xtra Mile Recordings, the album has seen the underground wonder exposed to a wider world gaining him even more fans.

The unorthodox singer has penned songs with topics that range from political satire, the absurdity of war, the human condition and Tetris.

"I don't think there are any rules. Musicians should do whatever they are comfortable doing. Whenever I think of something in my head then it's the right time to write a song - whether that is something personal about a relationship, or something about me falling over when I am drunk! It can be anything at all."

As ever, we only have limited stocks of Will Varley concert tickets being made available by the event organisers so you will have to ensure you book as soon as they are released or else it is highly likely you will miss out. With more essential gig tickets being added everyday plus an excellent customer services team on hand to help with every enquiry, award winning ticket vendor Gigantic should always be your first call whenever you are booking for your big night out.

Will Varley On Sale This Week 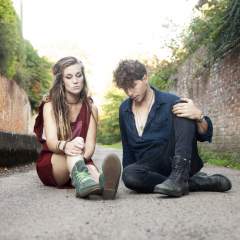 Coco and the Butterfields

The 'Will Varley' gig at The Venue, Derby, was absolutely fantastic. Having seen him for the first time at The Cropredy Festival this year with his band, I was keen to see him on his solo tour, so when the Derby gig was announced I wasn't going to miss it. His set list takes you through the emotional ringer with songs about 'real life events'... both funny and sad. At times you could hear a pin drop such was the spellbound attention by the audience to his singing... at other times the audience were joining in as loud as he was. It was a night to remember finished off with a rousing encore that left everyone wanting even more. Will Varley writes songs from the heart & mind, and you'd be hard pushed not to relate to them. He's got me hooked such that in a very short space of time I've now bought his entire back catalogue of 5 studio album releases and obtained his 'Live' album at The Shepherd's Bush Empire at the gig. Stand out tracks on the night were:- The Sounds of the Markets Crashing, Newborn, King for a King, Weddings and Wars, The Man Who Fell to Earth and finally Advert Soundtrack. There was so much to enjoy on the night, and his announcement at the end of the night, to spend more time with his new baby daughter leaves you craving his return to the tour scene very soon. I had the chance to briefly chat with Will at the end of the night and he really is a genuinely nice guy, and remembered signing his album 'Spirit of Minnie' for me at Cropredy. He even liked the 'Varley' T-Shirt I had made for this gig. In the meantime I can now disect all 6 albums of his in more detail so I'm ready to join in with the rest of the audience in singing his fantastic lyrics out loud next time. This will be a gig to remember where one man captured a crowd in spectacular fashion ...OUTSTANDING NIGHT..!!!

Great show by the amazing Will Varley - a good mix of old and new songs in an intimate venue with good sound quality. I was captivated!

That's all we have for Will Varley! Check out their upcoming shows