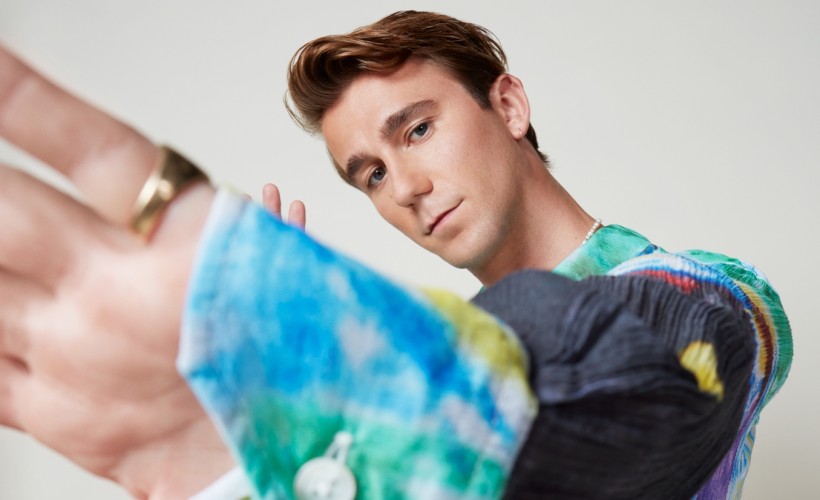 It was back in 2015 when SG, real name Sam, first began posting his initial steps into music online, amassing a considerable Soundcloud with a sound that combined a duel love of singer-songwriters, such as Bon Iver, with the production value of more underground club-oriented styles. “I remember seeing a documentary about The Neptunes and thinking that’s what I want to do for a living. I just want to be in the studio and make songs.” (The story would later come full circle when a suitably impressed Pharrell would drop debut single Warm on Beats 1 dubbing him “a white boy with soul.”) So, then to new project ‘Dusk, Dark, Dawn’. Presented over three parts, each representing three distinct moods of a night out, it sees Sam in full-blown curator mode, drawing on a host of soon-to-be-announced collaborators to communicate the different parts of what he does via a trio of distinct sonic worlds. Opening the journey is a collaboration with rising British songwriter J Warner - a hazy, warm prelude to the first phase of the night. SG Lewis has now cemented his status as one of THE most sought after producers and has collaborated with the likes of Elton John, Clairo, Khalid, Aluna, Victoria Monet, Raye, Ray BLK, The Neptunes/N.E.R.D’s Chad Hugo, Gerd Janson, Conducta + many more. Louis Vuitton also launched their pre-Fall campaign with Soulwax’s remix of ‘Impact’ earlier this year and Sam is well regarded in fashion circles, attending and performing an array of parties across his illustrious career. Behind the scenes, he also produced Dave’s seminal breakout track ‘100M’s’ and co-wrote ‘Hallucinate’ for Dua Lipa’s record-smashing number one album, Future Nostalgia. Sam has sold out headline shows across the US, Asia, Australia and Europe as well as multiple festival appearances including prime-time slots at Coachella and Glastonbury - his raucous live shows not only make him one of London’s hottest talents, but also a formidable artist capable of making a splash on both sides of the Atlantic and beyond.

You can see him take over New Century at Manchester and O2 Academy Brixton in London during March 2023. Excitement is already high and still rising spurring on demand, so make sure you do not hang about and book your tickets for SG Lewis before they are all snatched up.

Fortunately, placing your order with Gigantic is made easy as your purchase can be made 24/7 at home or on the go using your smartphone, tablet or computer. We only have limited stock of SG Lewis concert tickets available so you need to act fast and book yours before they are gone.

Gigantic has been providing our customers with excellent customer service and satisfaction for many years. So, take advantage of our huge range of essential gig tickets on offer and make us your first choice whenever you book your big night out.

Looking for the hot new sounds of '23? Check out SG Lewis!

That's all we have for SG Lewis! Check out their upcoming shows