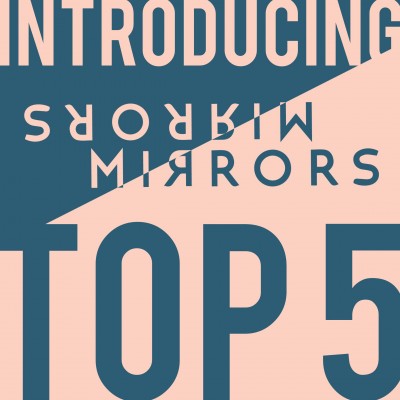 Taking place in the fashionable district of Hackney on Saturday 29th of October, MIRRORS is the ultra-cool music festival that makes use of the many great stages the London borough has to offer.

Known for being a hub of excitement with something interesting always going on, MIRRORS takes advantage of some of the very best Hackney venues and is spread across St John Hackney Church, London Oslo, Moth Club, Stage 3, Hackney Picturehouse and Paper Dress Vintage

"There was smoke. And then there was MIRRORS. From out of nowhere one of the most impressive of London music festivals appeared... the inaugural festival to be delivered with such polished perfection" - London in Stereo

"If this turns out to be a theme for MIRRORS - mixing old and new, giving each sides the same big platform it won't put a foot wrong in the future." - DIY Mag

First started in 2015, previous acts that have taken part include The Thurston Moore Band, Nadine Shah, Cherry Glazerr, Fucked Up and The Wytches. Now running for its third year, we take a look at the Top 5 acts you can see this autumn.

Tickets for MIRRORS go on sale at 12:00 on Friday.