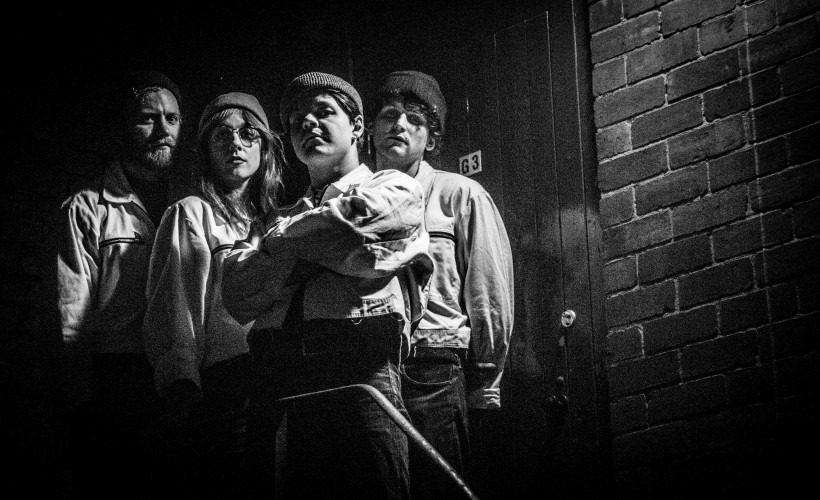 Born in 2012 as a recording project in a Lancashire Barn, Mr Ben AKA Ben Hall has self released 10 albums in 5 years, creating a lo-fi experimental pop world from the comfort of his home town of Lancaster. The project became a live outfit in 2017 shortly after releasing a split 12" Bingo Records EP.


The four piece are known for their captivating, joyous, pop performances. Mr Ben & the Bens sound like they were baptised in water from the church of indie classics, the songs of the Lancaster Polymath echo Belle & Sebastian, Teleman, & Gorkys Zygotic Mynci his genuinely original modern songwriting.

“Ben Hall stands in a proud line of beguilingly eccentric British popcraft that runs from Syd Barrett and Kevin Ayers to Euros Childs and Gruff Rhys… With a voice that can shift from Harvest-era Neil Young (Closing Time) to Ray Davies (Watering Can) there’s a quietly gorgeous quality to everything he touches.” Uncut 8/10

★★★★★ ‘Delightful pop melancholy, at at the forefront of individual Northern creative talents’ Narc Magazine ★★★★ ’One of the most singular albums you’ll hear this year’ NowThen Magazine

That's all we have for Mr Ben & The Bens! Check out their upcoming shows