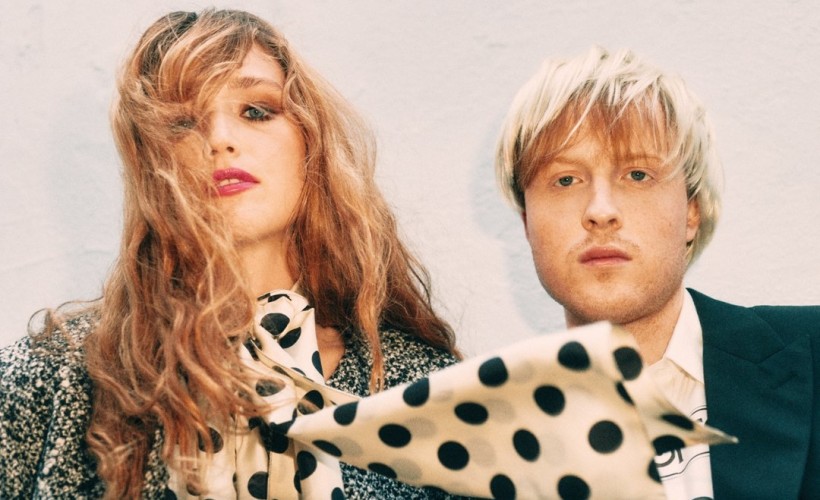 After meeting at one of London's longest-running music conservatories, vocalist/violinist/songwriter Georgia Ellery and electronic producer Taylor Skye formed Jockstrap. The band's intentionally crude name stood in stark contrast to their strange but sophisticated sounds, with Ellery's diaphanous songwriting and gentle vocals disrupted by Skye's harsh, unpredictable production. After releasing some music independently, Jockstrap signed with Warp for the release of their 2020 EP Wicked City. Within another two years, they had amassed enough tracks to form their debut album, 2022's I Love You Jennifer B.

Jockstrap will be playing at The White Hotel, Manchester and Patterns, Brighton during October!

They have just announced a show for the new year! See Jockstrap at Foundry, Sheffield on Saturday 11th of February 2023.


Where can I get Jockstrap tickets?

Jockstrap gig tickets are on sale with Gigantic right now!

That's all we have for Jockstrap! Check out their upcoming shows