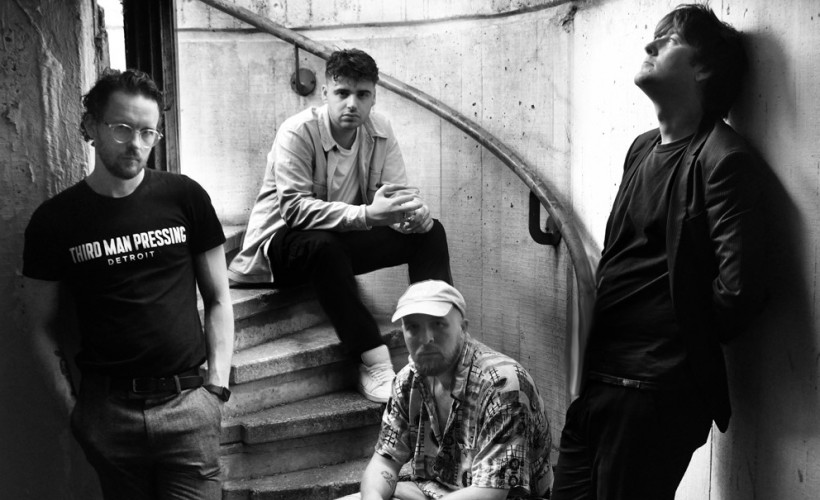 “...at 143 seconds, leaps out of the speakers, slaps us around the ears and gets out again quick, leaving listeners stunned at what just hit them” - Tom Robinson, BBC 6 Music

"...love at first listen you could say” - Fresh on the Net

From pub-going eccentrics to creative dynamites, Happy Science are the band you can’t live without. They claim to be an “alternative to alternative rock music” and their fuzz filled, modern pop offerings more than live up to that claim. North London based Happy Science are not a band in any traditional sense of the word. A collective of producers, mix engineers and multi-instrumentalist songwriters; Happy Science are a melting pot of creative innovation.

As with many other artists, Happy Science were hit hard by the pandemic. The band were set to officially launch themselves in spring 2020; with a raft of shows booked throughout summer 2020. Instead, the four-piece spent their time writing and recording; honing their skills and producing songs to be excited about. Their high-octane live performances have been much talked about.

That's all we have for Happy Science! Check out their upcoming shows