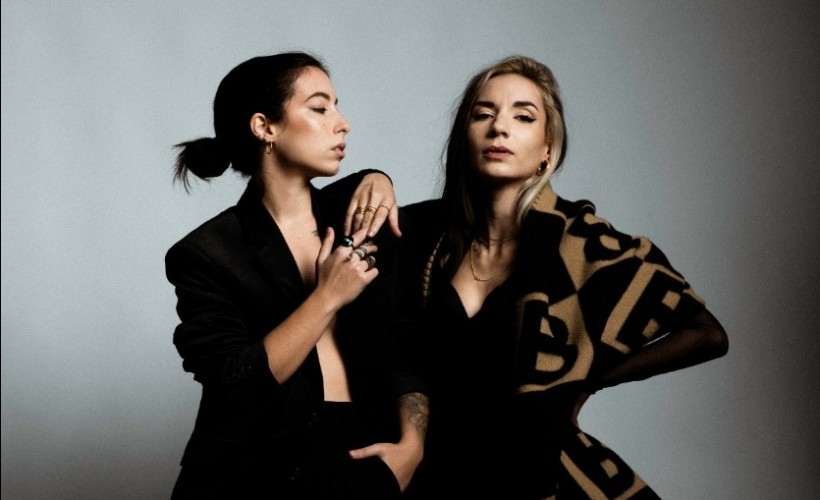 Giolì & Assia are a young Italian duo of producers, multi-instrumentalists, singers, songwriters, record label owners, and DJs, creating music that blends the styles of techno, house, indie, and pop that is uniquely their own. Giolì plays the piano, cello, drums, guitar, and handpan, and Assia handles lead vocal duties as well as the guitar. Although their relationship started as manager and artist, the creative partnership developed into a production and songwriting duo in 2016. Later that year, they founded their own record label imprint to distribute their music, Diesis Records, and released two albums in 2017. In 2019, the duo sold-out their first U.S. tour months in advance, collaborated with luxury brands, all while releasing a flurry of innovative new music.

Giolì & Assia launched the #DiesisLive series in April 2019, a live stream on Youtube and Facebook of their explosive live show, blending electronic music with live instrumentation and singing, in Milazzo, Sicily. Always ones to outdo themselves, they filmed the following installments of #DiesisLive on top of a live volcano in the Aeolian Islands, the Andromeda Theater in the Province of Agrigento, and Isola Delle Femmine, in their hometown of Palermo, Italy. The latest live session, released in December 2019, was recorded at the Etna Volcano in Sicily garnering millions of views.

That's all we have for Gioli & Assia! Check out their upcoming shows