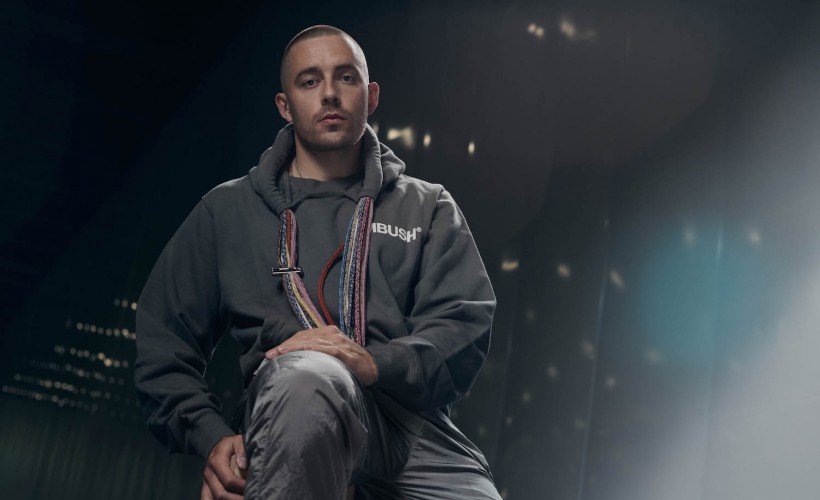 Such a great show. Music was so much better live than studio; having a full-band sound to it definitely helped. Took my wife along who had essentially never heard of Dermot Kennedy before too and she thoroughly enjoyed herself. Support act was a surprise too (Grace Carter), she definitely pulled the crowd!

The headlining event in the historic Cardiff Castle, which will be one of a very exclusive selection of shows he will play in the UK in 2022, is presented by Orchard Live & FKP Scorpio, who are also promoting shows in the same venue next summer with Diana Ross, Bryan Adams, and Gerry Cinnamon.

The Irish star also released a brand-new version of top 20 single ‘BETTER DAYS’ featuring Grammy Nominated hip hop duo EARTHGANG last week. Since its release it has amassed over 100 million streams, has trended on TikTok with over 250,000 creates on the platform and the official music video, directed by Paul Gore (Jennifer Lopez, Massive Attack), has over 8 million views; watch it HERE. EARTHGANG added their own unique touches to the track; their Atlanta drawl working against Dermot’s smooth Irish vocal to create a more global sounding version of the track - a new take on a fan favourite.

At the end of last year Dermot put on charity performances in both the U.S. and his native Ireland. On December 11th, he surprised fans with an impromptu busking event in the heart of New York City at Washington Square Park to benefit MusiCares. Playing a no-frills solo acoustic set that was live streamed on his Instagram and Tiktok - watch footage captured from the show here. Following this, he then made a triumphant return home to Dublin where he performed two shows per night on December 13 & 14th at the 3Arena. All profits went to benefit Pieta, a non-profit organization with suicide and self-harm crisis centers and locations across Ireland, and Focus Ireland, a non-profit organization working to end homelessness. The shows raised a near combined total of an incredible $300,000, a fitting way for the platinum-selling artist to pay it forward at the holidays, coming full circle from where he got his start busking on the streets of Dublin.

2022 will be a significant one for Dermot; with new music on the horizon, he will be playing a number of huge outdoor dates across Ireland throughout June and is also confirmed to support Shawn Mendes on the first leg of his 2022 North American ‘Wonder The World Tour’. More information is available at wonderthetour.com.

With over 14 million monthly listeners on Spotify alone, Dermot has amassed nearly 3 billion streams across platforms and has the best-selling debut album in Ireland of this millennium. Without Fear, Dermot’s impassioned debut album has sold over 1.5 million copies worldwide to date, making him a platinum-selling artist in over 12 countries. Notably, his singles, 'Outnumbered’, ‘Power Over Me’ and ‘Giants’ and his collaboration with Meduza on single 'Paradise’ have all been certified Platinum in 2021, with ‘Paradise’ alone streaming over 500 million times

Dermot Kennedy is a young alt-folk musician hailing from the foothills of the Wicklow mountains. He has graduated with a Bachelor of Music degree from the National University of Ireland.

With his songs of beauty, heartache and hope, Dermot captivates his audience, and what you hear in his voice is unmistakable honesty. His songs are laden with imagery and crafted with passion and delivered with a soulful and stirring vocal.

Dermot’s music has recently launched on Spotify and has attracted a large global following that has generated in excess of 11 million plays.

He now releases his new single Outnumbered in anticipation of his debut album Without Fear. On the track Dermot said;

“Outnumbered is an attempt to comfort anybody who is feeling overwhelmed. A reminder that beauty can be found no matter how dark the night may seem. I hope it can be a source of reassurance to anyone going through hard times. To know that things will get better and that hard times will become a thing of the past.”

With only limited supplies of Dermot Kennedy concert tickets being made available you cannot hang around as they will go quickly and you do not want to be disappointed. Award winning ticket vendor Gigantic has been providing excellent customer service for ten years so you know we are the right place to get your essential gig tickets whenever you are booking for your big night out.

Give the gift of Dermot Kennedy tickets for Mother's Day!

Get Dermot Kennedy tickets in 2022!