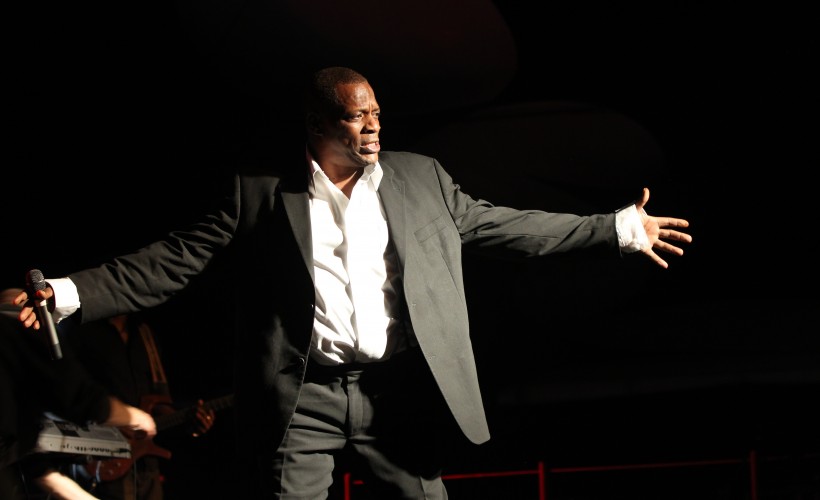 Securing his name in the R&B history books, Alexander O'Neal is one of the genres most iconic names. With chart smash 'Criticize' lighting up dance floors across the world thirty years after its release, his sound has transcended generations.

Working with Prince back in the early days as part of 'The Time' his journey in and out of various band formations propelled him to be the solo artist that we best know him for today.

American born, Alexander O'Neal has created a cult appreciation across the globe. His back catalogue transporting his singles in to the UK and Billboard top tens as well as a triple platinum selling album and ever-expanding discography.

With his heart firmly in the music industry and a loyalty to the thousands that still buy his records, O'Neal's passion to keep his sound alive is ever present.


He has just announced shows for the end of the year and you can catch him at William Aston Hall in Wrexham during November before dates in December which include Sub 89 at Reading The Globe at Cardiff, Engine Rooms at Southampton and then Jazz Café in London.

O’Neal is already looking to a bright new year and has announced a gig at O2 Academy Oxford taking place on Thursday 14th of February 2019.

As the excitement builds the word is spreading. We expect massive demand for Alexander O'Neal tickets and so it is really important to act fast and book yours before they are all snatched up. Fortunately, placing any orders for gig tickets with Gigantic is made easy as you can access our site 24/7 using your computer, tablet or smartphone whist relaxing at home or whilst out and about.

At Gigantic, we know you live busy lives and so to help prevent you missing out you can set a personal reminder right now. That way we can alert you with a text message or an email just prior to their release at 12:00 on Wednesday 3rd of October.

“One of the greatest soul men of all time” - Robert Lashley, Wordpress

Alexander O'Neal concert tickets are expected to sell very fast so make sure you book yours before they are gone. Gigantic has the very best gig tickets so always stick with us to enjoy the benefit of over ten years of excellent customer service!

Take your special someone to Alexander O'Neal

Abs fantastic.....heard about the globe but never paid much heed to it.... Bad move on my part... Cannot wait to go again. If Alex O, neal was anything to go by.....

That's all we have for Alexander O'Neal! Check out their upcoming shows